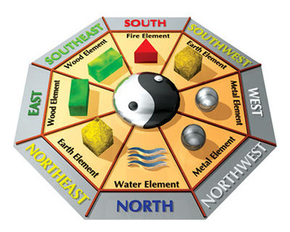 Vaastu is the ancient Indian science of architecture man-made structures. A part of the Vedas, the word 'Vaastu' in Sanskrit means 'dwelling', and in the modern context it covers all buildings. Vaastu pertains to the physical, psychological and spiritual order of the built environment, in consonance with the cosmic energies. It is a study of planetary influences on buildings and the people who live in them, and aims at providing guidelines for proper construction.

Hindus believe that for peace, happiness, health and wealth one should abide by the guidelines of Vaastu while building a dwelling. It tells us how to avoid diseases, depression and disasters by living in structures, which allow the presence of a positive cosmic field.

Since Vedic wisdom is considered to be synonymous with divine knowledge of the cosmic mind obtained by sages in deep states of meditation, Vaastu Shastra or the science of Vaastu is thought to contain the guidelines given by the Supreme Being. Delving into history, we find that Vaastu developed during the period of 6000 BC and 3000 BC (Ferguson, Havell and Cunningham) and was handed over by ancient architects through word of mouth or hand-written monographs.

The fundamental premise of Vaastu rests on the assumption that the earth is a living organism, out of which other living creatures and organic forms emerge, and so every particle on earth and space possesses 'live energy'. According to Vaastushastra five elements - Earth, Fire, Water, Air or atmosphere and Sky or space - govern the principles of creation. These forces act for or against each other to create harmony and disharmony. It also says that everything on earth - in some form or other - is influenced by the nine planets, and each of these planets guards a direction. So our dwellings are under the influence of the five elements and the nine planets.

Vaastushastra says that if the structure of your house is so designed that the positive forces override the negative forces then there is a beneficial release of bio-energy, which helps you and your family members to live a happy and healthy life. A positive cosmic field prevails in a "Vaastulogically"  constructed house, where the atmosphere is congenial for a smooth and happy life. Contrary to this, if the same structure is built in a manner that the negative forces override the positive, the overbearing negative field makes your actions, efforts and thoughts negative. Herein comes the benefits of Vaastu, which guides you to have a positive atmosphere at home.

Evidently, Vaastu is akin to the science of geopathy , the study of the diseases of the earth. In both these two disciplines, for instance, the presence of dampness, dressed stones, beehives and anthills are considered harmful for human habitation. Geopathy recognizes that electromagnetic radiations that are cosmic in origin surrounds the globe, and that radiation distortions can make a site unsafe for construction. In some parts of Austria, children are moved in school, to a different desk, at least once each week, so that learning difficulties are not increased because they may be sitting in a stressed area. Geopathic stress may also attack the immune system and cause conditions like asthma, eczema, migraine, irritable bowel syndrome.