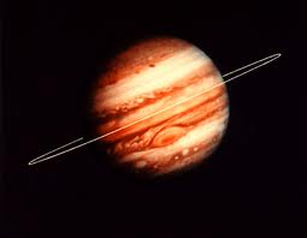 Briefing the Nature of the Planet

Jupiter is believed to be a bestower of successes. It is generally believed that one who is graced by Jupiter, commands respect from others. Cleanliness is a virtue preferred by Jupiter. Jupiter in astrology is named as 'Guru', meaning, biggest of all planets. The persons with grace of favour of Jupiter enjoy elderly quality, towering respect and business. If it is powerful, it can counter the ill effects of other planets comfortably.

Jupiter is the teacher of the science of light, that is, astrology and astronomy. He is the ruler of the Sun and the Moon and controls the movement of the planets.

Jupiter is a benefic planet, signifier of luck and fortune, and he rules religion, philosophy, spirituality, wealth, and progeny. He is noble, buoyant, dignified, fruitful, optimistic, jovial, and masculine. If favorable, this planet gives name, fame, success, honor, wealth, progeny and good relationship with progeny, and it brings benefits to whatever planets or house it is associated with.

The color of Jupiter is yellow. Thursday is his day, and north-east is his direction. He is big, old looking, and has a pot belly. He is self-illuminating (this is said also in Western astronomy). One of his names is Guru, which means heavy (in weight) and also teacher.

The ill effects of Jupiter can be minimized and the good effects can be increased according to Indian mythology by doing the following tasks. Any or all of these, one can select as per one's convenience.